The launch of the much anticipated Book on Margaret Skinnider took place in the Markethouse Monaghan, on Tuesday, January 17th 2017. MC for the event was Josephine O'Hagan, who introduced the various speakers. Mackie Rooney, who had a major input in the production of the book gave a detailed history of the Margaret Skinnider Appreciation Society and the developments since its foundation. The increasing interest in the person of Margaret Skinnider and her connection to North Monaghan, and Cornagilta in particular as the ruins of her family homestead are situated there, led to the production of the book and even though there were a number of difficulties to be overcome the book was now ready for launch. During this background it was pleasing to hear that emyvale.net was instrumental in contacting a nephew of Margaret Skinnider, living in Australia, and this in turn led to a visit by Fergan and his wife to Monaghan during 1916, which contributed much salient and significant information and details to provide a more complete picture of Margaret. Mackie also highlighted the work and contribution of the various people involved in the book production and in the promotion of the story of Margaret Skinnider and complimented the members of the Society for their work and conscientiousness to the task in hand with special mention for the Patsy Brady. Mackie also sang a song, as Gaeilge, which he had composed and here he was accompanied by his son, Michael, on the harp. He then called on Josephine and Angela O'Hagan to sing the English the English version of the same song. Mackie also recited a poem about Sliabh Beagh which Peter Keenan had composed. Josephine then called on the special guest, INTO President, Rosena Jordan, to launch the Book. Rosena gave some background and the part played by Margaret in the INTO and praised the quality of the book, which she had great pleasure in launching and recommending. She congratulated the Society on their work and wished them well. A presentation was then made to her by Mary Rafferty and Pat McKenna. Josephine O'Hagan drew things to a close by thanking the very big attendance for their presence and inviting people to purchase the book. She also stated that it was available in the following outlets: Mc Mahon's, Scotstown; The Pharmacy, Scotstown; John Tom's, Knockatallon; Sliabh Beagh, Knockatallon; Todays Local, Tydavnet; Rocks, Monaghan; Eason's, Monaghan; Matthews Monaghan Shopping Centre; Matthews of Clones, Clones; Smyth's of Ballybay; Katie Duffy's, Castleblayney; The Emporium, Carrickmacross; The Mace Braeside, Clontibret; The Post Office, Emyvale; Calton Books, Glasgow; and Sinn Féin Shop, Monaghan.
A further Book Launch will be held next Thursday, 26th January @ 8pm in the Wetlands, Ballybay.  The Guest Speaker will be Tommy McArdle, which promises to be a very interesting night. 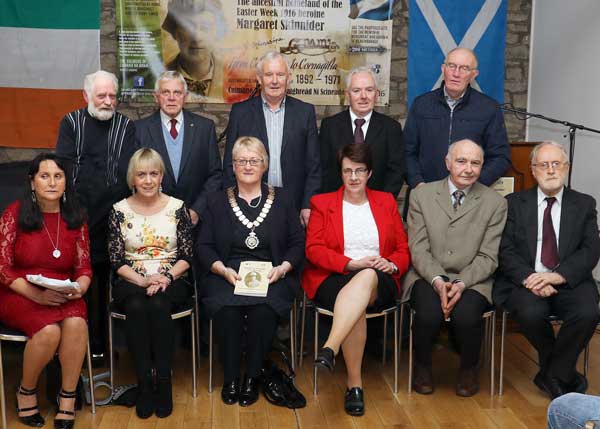 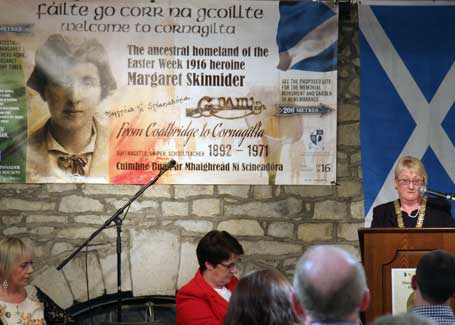 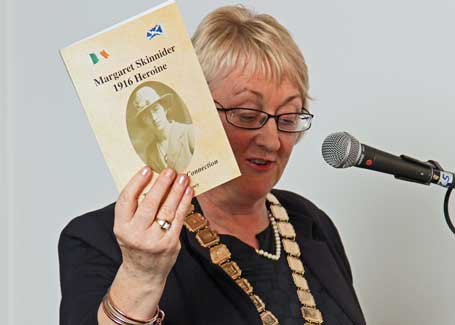 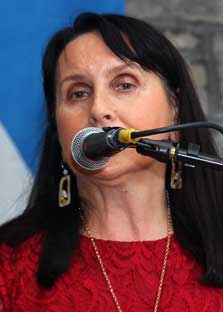 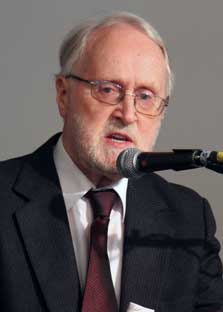 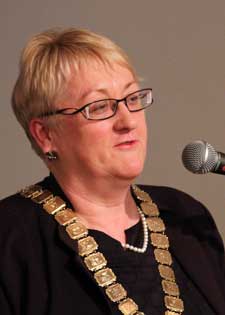 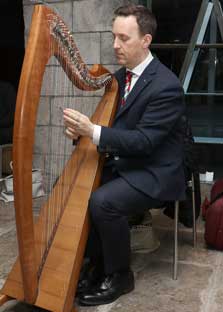 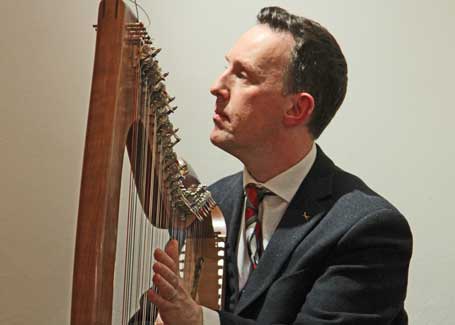 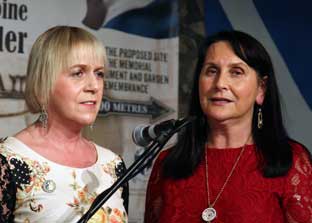 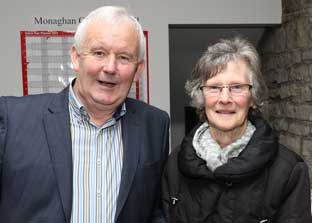 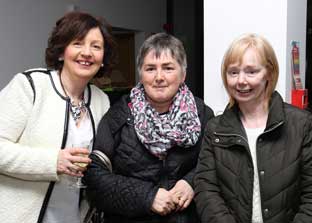 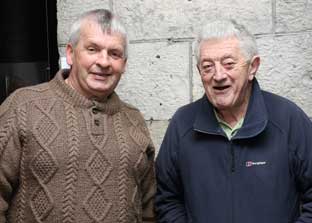 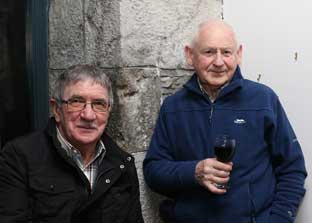 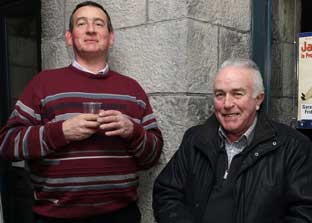 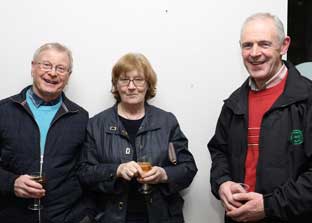 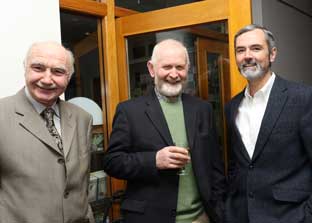 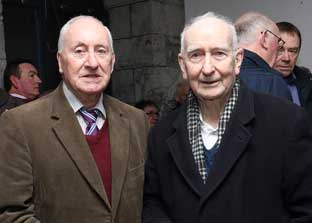 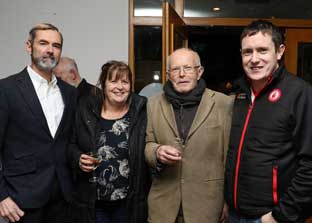 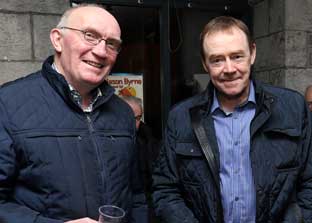 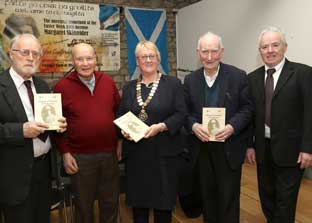 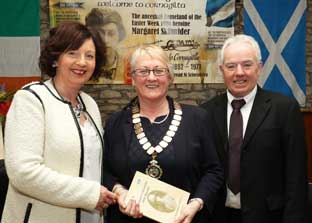 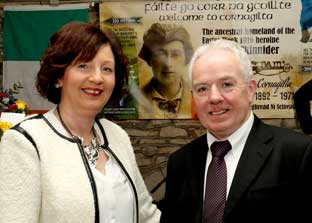 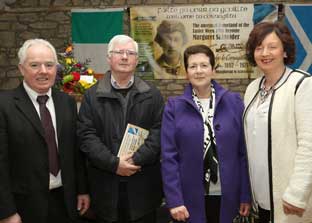 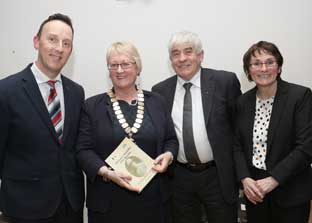 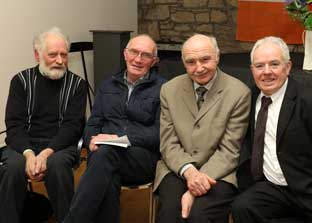 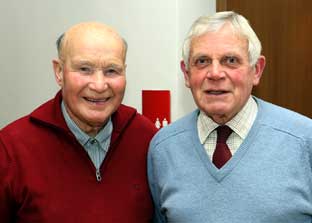 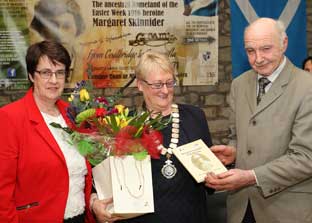 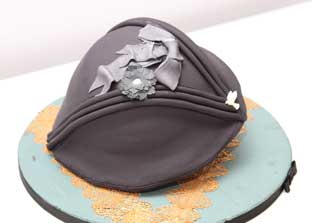 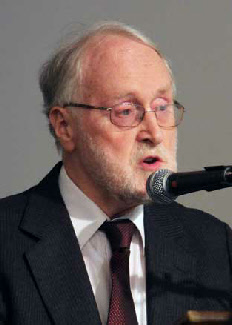 Also on display was this cake, by Sarah Cunningham of Custom Cake's who produced it for "1916 - A Tribute in Sugar Art" exhibition. Sarah based her piece on Margaret Skinnider's hat as she was known to have smuggled notes/detonators and bomb making equipment into Dublin in her HAT!